"I Sing the Body" Series:

"My camera has usually been pointed outward, at trees, water, rocks—blades of grass—fire—people I care about—and light. Always, light. In the fall of 2006 I began to feel the urge to look in the other direction, toward myself. At the time I thought it was because I was in my fifties, and aging was no longer a far-off possibility; it was something I’d begun to live with every day. I needed to turn my gaze inward, to explore my complex relationship with my body—what it looks like and how I feel about it. . . .


My own explorations of self took an unexpected turn when, in the spring of 2007, I learned that some of those signs of aging I’d been experiencing were something else: the early symptoms of Parkinson’s Disease. Suddenly my body no longer seemed steady and dependable, and I had to come to terms with an uncertain and terrifying future, as well as be open to the strange gifts and revelations that come with this disease. It was natural to try to express some of those feelings in my pictures as well. Oddly enough, the images made before and after the diagnosis were not that different. This made me wonder about my decision to focus on my body at a time when the disease was just beginning to show itself, but I was not, on the surface at least, aware of it. Maybe I sensed that something was wrong. I guess I’ll never know." 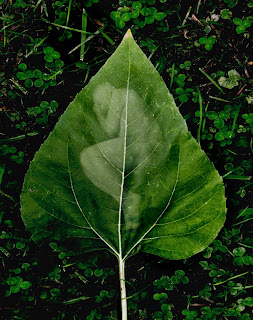 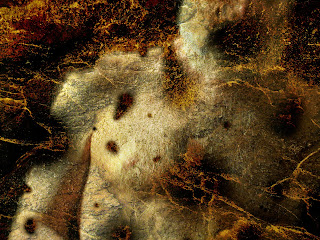 Special thanks to Brian H. Peterson for allowing me to reproduce his photographs, here, on my blog.  Without his kind cooperation and generosity this blog entry would not have been possible.  No further use of these photographs is allowed without his permission.

Peterson was the Gerry and Marguerite Lenfest Chief Curator at the Michener Art Museum (1990-2013), where he both managed the exhibition program and curated numerous historic and contemporary exhibitions with a wide range of subject matter and genres. He was the editor and principal author of the major 2002 publication Pennsylvania Impressionism (copublished by the Michener and the University of Pennsylvania Press), and also organized the retrospective exhibitions The Cities, The Towns, The Crowds: The Paintings of Robert Spencer (2004) and Form Radiating Life: The Paintings of Charles Rosen (2006), both accompanied by monographs copublished by the Michener and Penn Press. His recent exhibitions include The Painterly Voice: Bucks County’s Fertile Ground (2011-12) and Making Magic: Beauty in Word and image (2012). His memoir The Smile at the Heart of Things: Essays and Life Stories (2010), was copublished by the Michener and Tell Me Press, New Haven, Connecticut, and reviewed in USA Today, The Philadelphia Inquirer, The Trenton Times, and numerous other publications and blogs; his most recent book, The Blossoming of the World: Essays and Images, (2011), also was published by Tell Me Press.

Peterson was a member of the Museums Panel of the National Endowment for the Arts in 2003, and has served on the Visual Arts Advisory Panel of the Pennsylvania Council on the Arts. He served as a board member of the Curators Committee of the American Alliance of Museums, and co-authored A Code of Ethics for Curators (2009) for that organization, and in 2002 founded and organized an ongoing national competition promoting excellence in exhibition writing. He received two Fellowships for Visual Arts Criticism from the PA Council on the Arts, and his critical writing has appeared in The Los Angeles Times, American Arts Quarterly, The Photo Review, and The Philadelphia Inquirer. He was the Founder and Project Director of the Photography Sesquicentennial Project, the Philadelphia-area’s major cooperative celebration of the 150th anniversary of the birth of photography funded principally by The Pew Charitable Trusts (1988-1990). He taught photography for more than twelve years, at the University of Delaware, the Tyler School of Art, and Swarthmore College, and received a Master of Fine Arts from the University of Delaware (1985), and a Bachelor of Arts (in music composition) from the University of Pennsylvania (1981).