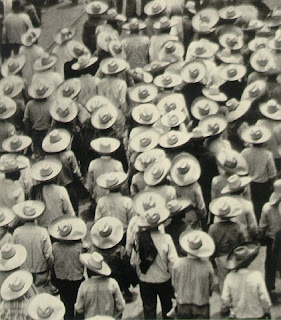 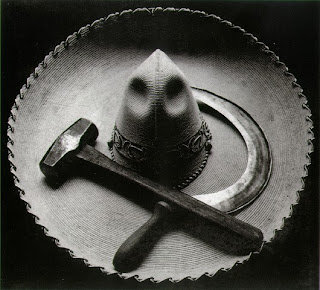 Tina Modotti was a remarkable woman and an outstanding photographer whose legendary beauty and relationships with famous men have until now eclipsed a life integrally linked to the most important artistic, political and historical developments of our century.

In 1913 Tina Modotti left her native Italy for San Francisco, becoming a star of the local Italian theatre before marrying the romantic poet-painter Roubaix de I'Abrie Richey. By 1920, she had embarked on a Hollywood film career and immersed herself in bohemian Los Angeles, beginning an intense relationship with the respected American photographer, Edward Weston. On a trip to Mexico in 1922 to bury her husband, she met the Mexican muralists and became enthralled with the burgeoning cultural renaissance there.

Increasingly dissatisfied with the film world, she persuaded Weston to teach her photography and move with her to Mexico. Her Mexico City homes became renowned gathering places for artists, writers and radicals, where Diego Rivera courted Frida Kahlo. Turning her camera to record Mexico in its most vibrant years, her photographs achieve a striking synthesis of artistic form and social content. Her contact with Mexico's muralists including a brief affair with Rivera, led to her involvement in radical politics.

In 1929, she was framed for the murder of her Cuban lover, gunned down at her side on a Mexico City street. A scapegoat of government repression, she was publicly slandered in a sensational trial before being acquitted. Expelled from Mexico in 1930, she went to Berlin and then to the Soviet Union, where she abandoned photography for a political activism that brought her into contact with Sergei Eisenstein, Alexandra Kollontaii, La Pasionaria, Ernest Hemingway and Robert Capa. Returning to Mexico incognito in 1939, she died three years later, a lonely - and controversial - death.

More on her controversial death from The Tina Modotti Gallery:

In 1942, while riding in a taxi after a friend’s party, she suffered a heart attack and died. There were rumours of murder—was it the Stalinists? Her lover, Victorio Vidali? But most attributed her death to the hardships she had endured.

Modotti died from heart failure in Mexico City in 1942 under what is viewed by some as suspicious circumstances. After hearing about her death, Diego Rivera suggested that Vidali had orchestrated it. Modotti may have ‘known too much’ about Vidali’s activities in Spain, which included a rumoured 400 executions. Her grave is located within the vast Panteón de Dolores in Mexico City. Poet Pablo Neruda composed Tina Modotti’s epitaph, part of which can also be found on her tombstone, which also includes a relief portrait of Modotti by engraver Leopoldo Méndez:

"Pure your gentle name, pure your fragile life, bees, shadows, fire, snow, silence and foam,combined with steel and wire andpollen to make up your firmand delicate being."

John Szarkowski on Tina Modotti from "Looking at Photographs:  100 Pictures from the Collection of the Museum of Modern Art":

"Although it is doubtless (or probably) irrelevant to the issue at hand, Modotti was surely one of the most fascinating women of her time, even without reference to her talent as an artist. She was an actress, a sometime revolutionary (by design or circumstance, or both), a great beauty, and a great mystery. The available evidence would suggest that everyone who crossed her path was profoundly impressed. Kenneth Rexroth identified her as a Kollontai type, and was terrified, but nevertheless called her the most spectacular person in Mexico City."
Posted by John A Benigno at Friday, February 18, 2011