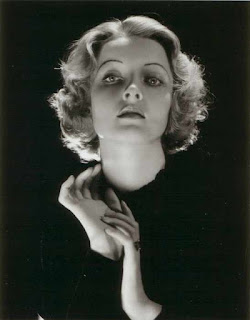 British portrait photographer and theatrical designer. Born in Hampstead, London, Beaton owned his first camera at the age of 11. His earliest portraits, set against home-made backdrops, were of his sisters Nancy and Baba. He was educated at Harrow and Cambridge, but did not graduate. His subsequent career made him one of those rare photographers whose name is well known to the general public. He succeeded initially as a society portraitist who could maximize the allure of debutantes. But the encouragement of the Sitwell family gave him access to the world of the arts, and a 1927 portrait of Edith Sitwell was one of his earliest published pictures. A visit to New York at the end of the 1920s led to photographic contracts for Vogue and, subsequently, Vanity Fair and Harper's Bazaar. Beaton's work focused on the cultural icons (both social and artistic) of his day, providing a record of its famous, beautiful, fashionable, and eccentric figures. His appetite for travel enabled him to build up a body of work that had international significance. Hollywood stars captured by his camera included Gary Cooper, Marlene Dietrich, Greta Garbo, and Katherine Hepburn, while painters ranged from Salvador Dalí to Francis Bacon. His portraits spanned parts of six decades and reflected successive generations of the new and avant-garde, from Stravinsky, Cocteau, and Picasso to Warhol and Jagger. In the 1930s he was commissioned to take a series of pictures of Queen Elizabeth, and this proved to be a prelude to further royal photographs and the eventual status of official family portraitist. During the Second World War, in a phase of his career far removed from its usual glamorous milieu, he documented air-raid damage in London and served as a war photographer in Africa and Asia.

Beaton's abilities extended beyond photography. He was a writer and illustrator (with a talent for caricature), and won recognition as a costume and stage designer. Published collections of his photographs included The Book of Beauty (1930), Cecil Beaton's Scrapbook (1937), Cecil Beaton's New York (1938), and Persona Grata (1953), in which text to accompany the portraits was supplied by the theatre critic Kenneth Tynan. He also wrote a historical study, British Photographers (1944), an early autobiography (Photobiography, 1951), and published a series of extracts from his diaries. (The unexpurgated versions that appeared posthumously were considerably more caustic.) His set and costume designs for plays, ballet, and opera were in demand on both sides of the Atlantic, and he served as costume and production designer for a number of films, winning Academy Awards for his work on Gigi (1958) and My Fair Lady (1964). In 1968 a retrospective of his work was mounted by London's National Portrait Gallery, and in 1972 he was knighted. A cerebral haemorrhage in 1974 resulted in frailty and partial paralysis, but in his last years Beaton taught himself to write and use a camera with his left hand.
For more information about Mr. Beaton see:  Vickers, H., Cecil Beaton: The Authorised Biography (1985).
Posted by John A Benigno at Sunday, January 09, 2011