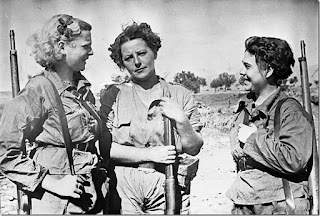 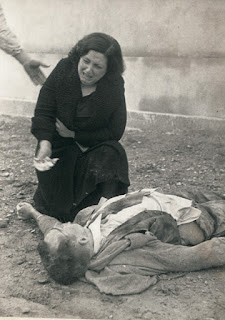 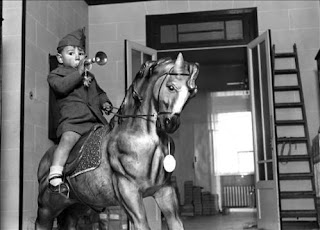 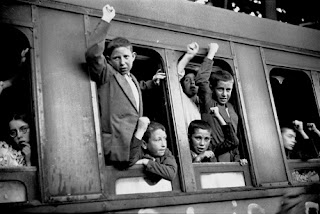 The Catalan photographer Agustí Centelles is sometimes referred to as the Spanish Robert Capa, the legendary war photographer who left behind him in Paris when he fled Europe for the United States in 1939 what later became known as the ‘Mexican suitcase, a treasure trove of shots taken by Capa and others during the Spanish Civil War. The suitcase was in reality three cardboard boxes, which finally came to light in Mexico City after being lost for decades and were handed over in December 2007 to the New York International Photography Centre, founded by Capa’s brother, after years of negotiations.

Centelles had his own suitcase which he took with him when he fled Spain at the end of the Civil War. Its contents now form part of Spain’s historical memory as part of an extraordinary collection of 12,000 negatives and photographic plates which was recently sold to the Ministry of Culture for the sum of 700,000 € by Centelles’s children, including negatives which were discovered in a rusty biscuit tin, until then hidden from view, in their father’s laboratory just last year. The photojournalist’s heirs had received other offers, including from the Generalitat de Cataluña, and one from Sotheby’s which almost tripled the Ministry’s, but decided to accept the offer made by the state for a ‘greater diffusion’ of their father’s work. Their only condition for the sale was that the collection must remain together.

Although born in Valencia (in 1909), Agustí Centelles i Ossó moved to Barcelona at a very young age and there began his career in the profession which would later earn him the title of one of the fathers of photojournalism in Spain. He was one of the first photographers in the country to use a Leica camera, which he bought in the 1930s for the sum of 900 pesetas, a fortune at that time. The legacy now in the hands of the Spanish state is his visual testimony of the Spanish Republic, of the Civil War as an official photographer for the Republican government, and of his internment in a refugee camp in France.

Along with thousands of others, Centelles fled to France in 1939 just hours before Barcelona fell to Franco’s Nationalist forces, taking his photographs with him in a suitcase for fear that they would be used to identify people and carry out reprisals. He was to spend the next seven months in refugee camps in France, first in Argelès-sur-Mer and then in Bram, where he continued to photograph the horrors of war, sleeping with his suitcase clutched in his arms to prevent it being stolen.

He was allowed to leave the camp in September 1939 and found work in a photographic studio in Carcassonne, living there in exile until 1944 when he walked back home over the Pyrenees after the French Resistance movement he had been working with on producing false passports was arrested by the Germans. He left his precious suitcase behind for safekeeping with the French family in Carcassonne who had taken him in, telling them not to hand it over to anyone but him.

The suitcase stayed there for more than two decades, and it was not until 1976, the year after Franco died, that Centelles was able to return to Carcassone to recover the photographs he feared would have been confiscated by the Franco regime. He spent the rest of his life on restoring, copying and cataloguing each and every one of the photos which had been hidden for so many years. Agustí Centelles died in 1985 at the age of 76, the year after his work was recognised with an award from the Ministry for Culture of the Premio Nacional de Fotografía.
Posted by John A Benigno at Thursday, March 01, 2012 No comments: