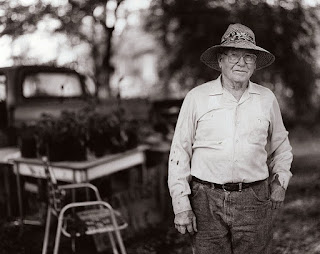 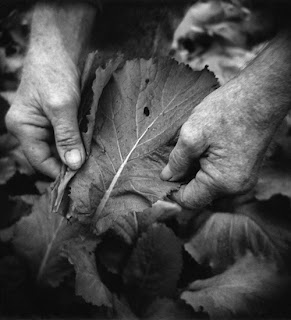 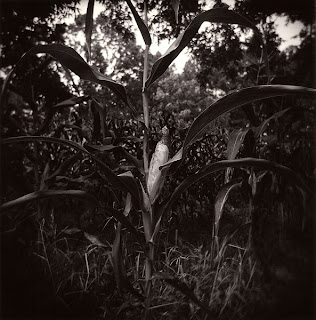 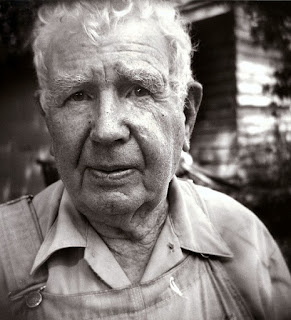 Perry Dilbeck Biography:
Perry Dilbeck, a native of McDonough, Georgia, became interested in photography at the early age of fifteen. Throughout his college years, he earned an Associate of Arts degree from The Art Institute of Atlanta, a Bachelor of Fine Arts degree from Georgia State University, and a Masters of Fine Arts degree from Savannah College of Art and Design - all in photography. He has spent several years as a freelance commercial photographer with many large corporate clients in the metropolitan Atlanta area. For nearly twelve years now, Dilbeck has been a photography instructor at The Art Institute of Atlanta. His major expertise is black and white printing, and he has a very lavish darkroom in his house where he is able to do his own film processing and print developing.
For the past ten years Dilbeck has worked on a series of black and white images entitled - The Last Harvest-Truck Farmers in the Deep South which tells the story of the fading lifestyle of Southern truck farmers. Photographed primarily with simple plastic cameras called Holgas, this work has been published worldwide in many photo magazines. Images from this series have been collected nationally and exhibited in galleries throughout the United States.

In November 2006, the University of Georgia Press in association with Center For American Places published - The Last Harvest-Truck Farmers in the Deep South as a monograph. Look for it at your local bookstores or favorite online bookseller.

Perry Dilbeck has achieved much recognition for his work and was most recently awarded Georgia Author of the year for The Last Harvest-Truck Farmers in the Deep South. He also received an artist sponsorship from Blue Earth Alliance in Seattle, WA. In addition to this, in 2006 the National Geographic Society-All Roads Project nominated The Last Harvest project honorable mention. The Texas Photographic Society awarded Dilbeck a fellowship in 2004 and he was also named a Vision 2003 Award Winner from the Santa Fe Center for Visual Arts. In addition, Perry was awarded sabbaticals from The Art Institute of Atlanta for Summer 2003 and Spring 2010.

Much of the farmland around my home is vanishing rapidly due to the growth in population and the numerous subdivisions which are being built to accommodate this growth. Twenty years ago, there were only sixteen houses on my hometown road of three miles, but today more than two thousand exist. Most of this change is due to the commercial farming industry destroying the business of the small independent farmer and forcing him to make money the only way he can - by selling his farmland.

Each truck farmer typically owns less than thirty acres of land grows food for his family. His survival is dependent upon selling any surplus crops at local farmer’s markets, along the roadside from the back of his truck, or a simple stand in his own backyard.

While concentrating on old farmers whose land and homestead have been passed down through many generations, I have decided to document their fading world. I particularly wish to provide small, yet majestic glimpses into the lifestyles of these very proud people.

I use my Pentax 6 x 7 camera for about 20% of my work. The other 80% comes by using a simple "plastic" camera to obtain the desired effects.