"Those people who want to use a camera should have something in mind, there's something they want to show, something they want to say...," Parks explains. "I picked up a camera because it was my choice of weapons against what I hated most about the universe: racism, intolerance, poverty.  Icould have just as easily picked up a knife of a gun, like many of my childhood friends did... most of whom were murdered or put in prison... but I chose not to go that way. I felt that I could somehow subdue these evils by doing something beautiful that people recognize me by, and thus make a whole different life for myself, which has proved to be so."
Gordon Parks Center for Culture and Diversity
Gordon Parks Farm Security Administration Photographs
Gordon Parks:  PDN & Kodak Professional Legends on Line 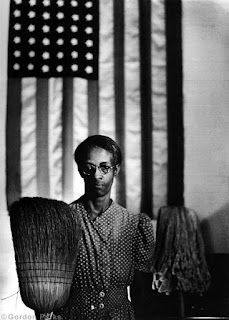 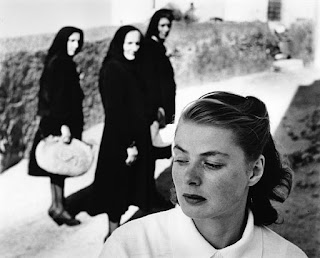 Gordon Parks was born in Kansas in 1912 and spent his youth in Minnesota. During the Depression a variety of jobs, including stints as a musician and as a waiter on passenger trains, took him to various parts of the northern United States. He took up photography during his travels and by 1940 had made his first serious attempts to earn a living from the art as a self-taught fashion photographer in Minneapolis and Chicago. Though he had experienced racial discrimination outside the South, it was in the southern city of Washington, D.C., that Parks "found out what prejudice was really like." In 1942, an opportunity to work for the Farm Security Administration brought the photographer to the nation's capital; Parks later recalled that "discrimination and bigotry were worse there than any place I had yet seen."1

Parks came to Washington on a fellowship from the Julius Rosenwald Fund, a foundation dedicated to research about the South, which had a special program to encourage work of all kinds by promising blacks. As a Rosenwald fellow, Parks joined the august company of Ralph Bunche, Zora Neale Hurston, James Baldwin, and many others.3
Parks, who had admired the Farm Security Administration photographs for some time, planned to spend his fellowship year as an apprentice photographer in Stryker's section and had received encouragement from the FSA Jack Delano when he was applying for the fellowship.4 But when he arrived in Washington, he recalled in 1983, Stryker resisted, expressing worries about the reaction of others--in the agency as well as in the city--to a black photographer. "When I went there," Parks said, "Roy didn't want to take me into the FSA, but the Rosenwald people were a part of that whole Rooseveltian thing. They insisted: 'Roy, you've got to do it.'" As Parks remembered it, Will Alexander--the vice-president of the Rosenwald Fund and the former head of the Farm Security Administration and thus Stryker's old boss--delivered the final nudge.5

Parks's autobiography and interviews emphasize the importance of the education Stryker gave him.6 After asking Parks to leave his cameras in the office, Stryker sent the newly arrived photographer around Washington, instructing him to visit stores, restaurants, and theaters. When Parks was refused service, he became furious and returned to the office ready to "show the rest of the world what your great city of Washington, D.C. is really like," proposing to photograph scenes of injustice and portraits of bigots. In response, Stryker sent Parks to the file to study the work of Lange, Shahn, Evans, Delano, Rothstein, and others. Parks studied their photographs of gutted fields, dispossessed migrants, and the gaunt faces of people caught in the Depression. Although some might lay these tragedies to God, Parks wrote, "the research accompanying these stark photographs accused man himself--especially the lords of the land." As the effectiveness of photographing victims instead of perpetrators and the importance of the words that accompany photographs sank in, Parks concluded, "I began to get the point."7

One evening a few weeks later when he was alone in the office with Stryker, Parks said he was still seeking a way to expose intolerance with a camera. Stryker pointed out a charwoman at work in the building. "Go have a talk with her," he said, "See what she has to say about life and things." Parks complied, and later recalled his first conversation with Ella Watson:

She began to spill out her life's story. It was a pitiful one. She had struggled alone after her mother had died and her father had been killed by a lynch mob. She had gone through high school, married and become pregnant. Her husband was accidentally shot to death two days before their daughter was born. By the time the daughter was eighteen, she had given birth to two illegitimate children, dying two weeks after the second child's birth. What's more, the first child had been striken with paralysis a year before its mother died.8

Parks made his first photographs of Watson in an office with a large American flag on the wall, two of which are included here. Both pictures are carefully posed, and the multiple shadows cast by the office furniture indicate that Parks used an elaborate three-flash setup. The close-up version is one of his most famous photographs, serving as the frontispiece in Parks's word-and-picture poem Moments without Proper Names, a book dedicated to Roy Stryker and containing a memorial poem for Farm Security Administration photographer John Vachon.10 "

In 1983, when Parks reflected on the lessons he had learned from photographing this series, his thoughts returned to the matter of intolerance. He told an interviewer that he could not simply photograph the person who had discriminated against him, "and say, 'This is a bigot,' because bigots have a way of looking just like everybody else. What the camera had to do was expose the evils of racism, the evils of poverty, the discrimination and the bigotry, by showing the people who suffered most under it."13 In the same interview, he underscored the reasoning behind the title of his 1965 autobiography, A Choice of Weapons: "I have always felt as though I needed a weapon against evil."14 Parks's weapon is the camera.
Posted by John A Benigno at Saturday, February 12, 2011