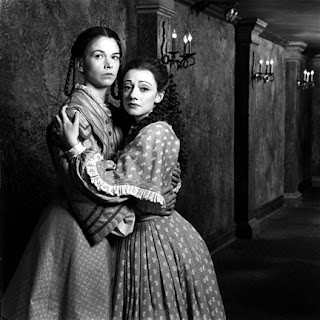 American contemporary photographer and daughter of Diane Arbus whose career combines commercial work, teaching at ICP and personal projects. She has published three books, with a fourth scheduled for release in late March, 2008. Her first book, No Place Like Home (Doubleday & Co, 1986), examined unconventional houses and her second, The Inconvenience of Being Born (Fotofolio, 1999), the emotional reactions of babies.

In the 1980s Arbus took a series of photographs picturing New York street fashion. More than five hundred of the images were published in Village Voice at the time and seventy were later collected in her book On the Street (Welcome, 2006). Her latest title, The Fourth Wall (Welcome, 2008), draws on her series of portraits of actors from the New York stage.

Amy Arbus has been photographing professionally for twenty-two years. Her photographs have appeared in over one hundred periodicals around the world, including The New Yorker, Aperture, ESPN Magazine, and The New York Times Magazine. She is a contributing photographer to New York Magazine’s theater section. Her advertising clients include American Express, Nickelodeon, Saatchi & Saatchi, New Line Cinema, Christiano Fissore, and The California Children and Families Commission. From 1980 through 1991 her monthly page, “On the Street,” appeared in the style section of The Village Voice. Her first book, No Place Like Home, portraits of people who live in unusual homes, was published by Doubleday & Company in 1986. Her second book, The Inconvenience of Being Born, a photo essay on the extreme emotional nature of infants, was published by Fotofolio in 1999 and received an Award of Excellence from Communication Arts.

Amy Arbus teaches portraiture at the International Center of Photography, The Toscana Photographic Workshops and the Fine Arts Work Center. Her most recent exhibition was at The Ben Shahn Galleries at William Patterson University in New Jersey. She has had twelve one-woman exhibitions worldwide, and her photographs are part of the collection of the Museum of Modern Art in New York.