Eddie Adams Photographs from The Monroe Gallery of Photography 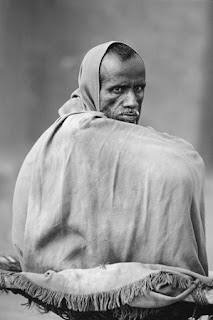 (September 20, 2004) — Eddie Adams, who won a Pulitzer prize for his 1968 image of the summary execution of a Vietcong guerrilla in a Saigon street, died Sunday morning September 19 at his Manhattan home and studio. He was 71. His family was with him when he died, said Jessica Stuart, a producer for The Eddie Adams Workshop, and funeral services will be private. Stuart also said that plans are being made for a memorial service late October; details for the memorial will be announced shortly.

Diagnosed in May with amyotrophic lateral sclerosis (ALS), otherwise known as Lou Gehrig's disease, Adams spent his final months collecting and organizing his photographs, sitting at a PowerBook in his studio writing, visiting at his Bathhouse Studio with friends and photojournalists who came to show their support, and making plans for the Eddie Adams "Barnstorm" annual workshop to continue after his death.
"The upcoming workshop will go on as planned, that's what Eddie wanted," Stuart said Monday. The Columbus Day-weekend event will be the 17th year for the popular seminar held at his farm near Jeffersonville in upstate New York.

"We have lost Eddie, and we have lost a good one," said Hal Buell, former photography director for the Associated Press and author of the book Moments: Pulitzer Prize Winning Photographs. "He is remembered by most as the photographer who made that 'great photo that helped end the Vietnam War. ... You know, the one where a guy shoots another guy.' Well, he did make that picture, but Eddie Adams was no one-trick pony. He also had a great feel for the photographic narrative. Five of his pictures on a single subject told you more than five pictures' worth; the total was always greater than the sum of the parts.

"Eddie's main strength was that he had no agenda, no angle save that of doing first class photojournalism ... honest photojournalism, straightforward and to the point," Buell said, remembering the more than four decades that he and Adams worked together. "I first met Eddie when I returned from a stint of duty for AP in Asia. He was newly hired to work in the New York bureau. Eddie's talent was immediately obvious. He had a way of taking an idea an editor would suggest and building upon it, making it more than an idea or a suggestion. He made it a picture."

Born Edward T. Adams on June 12, 1933, in New Kensington, PA, he was a combat photographer in the Korean War while serving in the United States Marine Corps. Adams worked for the Associated Press twice: first from 1962 to 1972, and again from 1976 until 1980. He also shot for TIME and for Parade magazine, where his photographs made up more than 350 of their covers. He also shot the Parade magazine covers each year for the Jerry Lewis Muscular Dystrophy Association Telethon issue. This year, shortly before his death, he worked on a video profile of himself that was featured on the 24-hour Labor Day Telethon to raise money for MDA. ALS is one of the diseases the charity drive raises funds to fight.

Adams won the Pulitzer Prize for news photography in 1969 for his February 1, 1968, photograph titled "Saigon Execution." It shows Nguyen Ngoc Loan, a South Vietnamese general, shooting a bound Vietcong prisoner at point-blank range in a Saigon street. Loan was the director of South Vietnam's national police at the time, during the Tet Offensive. After shooting the man, Loan told journalists that the killing was justified, because the prisoner was a known Vietcong captain who had been seen killing others.

Adams may have been best known for his Vietnam photograph, but his career spanned coverage of 13 wars, as well as international politics, show business, and fashion for newspapers, wire services, and magazines. His work was recognized with more than 500 honors, including the 1978 Robert Capa Award and three George Polk Memorial Awards for war coverage.

In his biography, Adams says that he is most proud of his 1979 photograph "Boat of No Smiles," depicting 50 Vietnamese on a 30-foot fishing boat fleeing their homeland. "It was such a dire time for them, not even the children on board could find pleasure in a boat ride," he wrote. It was this photograph that ultimately led Congress and President Jimmy Carter to open immigration to more than 200,000 Vietnamese refugees, Adams said.

He started his photography career as a high school student in New Kensington shooting weddings for $20, his biography says, before joining the staff of the New Kensington Daily Dispatch. He also shot for the Enquirer & News in Battle Creek, MI, and the Philadelphia Evening Bulletin. When Adams rejoined the Associated Press for the second time after freelancing for TIME, he was the first and only AP photographer to have the title "special correspondent." Later he had the same title with Parade magazine beginning in 1980.

Adams was especially proud of a photographic essay he created for Parade magazine in 1995, which he said contained "some of the most amazing, most beautiful children in America." One photograph of a 3-year-old girl with leukemia, shown clutching her security blanket, moved one woman so much that she started an organization, Project Linus, as a result. Karen Loucks' idea to provide security blankets made by volunteers to children seriously ill, traumatized, or otherwise in need grew to more than 300 chapters of the nonprofit charity in the U.S. and abroad.

"Eddie was not an easy man, which led to my calling him Easy Ed, an affectionate name that lasted as we worked together, argued together, imbibed together (he was a poor imbiber), and agreed, most importantly, that nothing told a story like a good picture," Buell said. "He was hardest on himself; he was impossible with himself when a picture was missed or an opportunity unexplored to the ultimate limit. He was driven to fine photography and storytelling.

"Eddie's workshop was an idea and dream that became part of his ambition back further than most know. He always wanted to give back to the profession that gave him so much even in his early career. The success of the Workshop bears testimony to persistence and passion that he brought to every click of the shutter. So he called upon his friends and his contacts in the photo industry and the Eddie Adams Workshop became a reality for a generation and, we hope, for generations to come."

Adams is survived by his wife of 15 years, Alyssa Ann Adkins, and their son, August Everhett Adams, 14. He also has three adult children from a previous marriage: Susan Ann Sinclair and Edward Adams II, both of Atlanta, and Amy Marie Adams, of Montclair, NJ. He's also survived by his 100-year-old mother, Adelaide Adams, and four sisters.

In lieu of flowers, the family asks that contributions be made to a scholarship fund for the Eddie Adams Workshop. The Eddie Adams Scholarship Fund is in care of Jennifer Borg, North Jersey Media Group Foundation, 150 River Street, Hackensack, NJ, 07601.