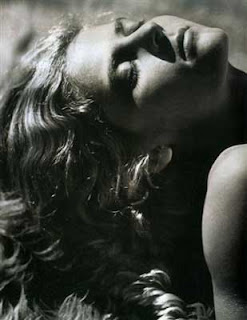 Dora Maar Obituary and Biography by Alan Riding in the New York Times:

Dora Maar, the photographer and painter who was Picasso's lover and the principal model for many of his so-called weeping women portraits in the late 1930's and early 40's, died this month (July, 1997) in her Left Bank apartment. She was 89.

Le Monde reported that she died on July 16.

Miss Maar was a recognized photographer and a well-known figure in Surrealist circles when she met Picasso at Les Deux Magots, the St.-Germain-des-Pres cafe, in 1936. During the decade that followed she also exercised considerable political influence over the artist, persuading him to join the French Communist Party in October 1944.

But after Picasso ended their relationship, replacing her with Francoise Gilot as a lover and muse, she suffered frequent bouts of depression and opted increasingly for a life of reclusion, living in the shadow of the image Picasso had created for her. ''I could never see her, never imagine her, except crying,'' he is said to have remarked.

Miss Maar, whose real name was Theodora Markovic, was born in Tours, France, on Nov. 22, 1907, and spent her childhood in Argentina, where her father, a foreign-born architect, was working. Arriving in Paris around 1925, the beautiful dark-haired young woman was drawn into the world of photography, first as a model for Man Ray and others and then as a photographer.

In the 1930's, with Andre Breton and Georges Bataille urging her into the Surrealist movement and encouraging her to paint, she joined the Union of Intellectuals Against Fascism and was active in other anti-Fascist groups. After meeting Picasso, she helped him set up his studio at 7 Rue des Grands-Augustins, where in 1937 he painted ''Guernica,'' a process she recorded in photographs.

Throughout their nine-year affair, Picasso continued his relationship with his longtime mistress, Marie-Therese Walter, with the two women at times living together and on at least one occasion posing together for him. As Miss Maar's stormy relationship with Picasso deteriorated, she was increasingly portrayed in a cruel and tragic light. As a model for major works, though, she was matched in importance only by the artist's last wife, Jacqueline Roque.

Among well-known portraits of Miss Maar are ''Weeping Woman,'' ''Woman Reclining With a Book,'' ''Woman Combing her Hair,'' ''Bust of a Seated Woman'' and many others that carry her name.
Posted by John A Benigno at Wednesday, January 26, 2011