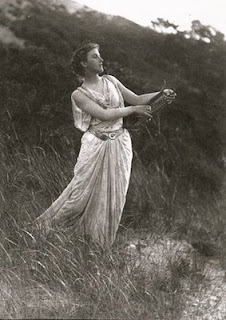 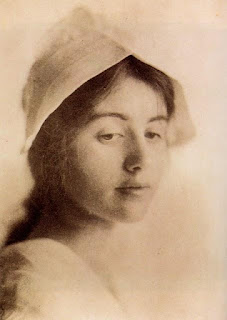 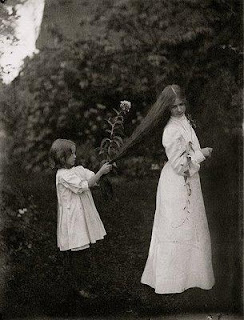 Eva Watson-Schütze biography from The National Museum of Women in the Arts:

Like many late-19th-century photographers, Eva Watson-Schütze originally intended to become a painter. Born Eva Lawrence Watson, the native of Jersey City, New Jersey, spent six years studying at the Pennsylvania Academy of the Fine Arts, primarily with Thomas Eakins. By her late twenties, however, Watson had developed a passion for photography. Between 1894 and 1896 she shared a studio space with another Academy alumna, and the following year she opened her own Philadelphia portrait studio. Within four years Watson had established a significant reputation as a professional photographer -- exhibiting her works in the prestigious Philadelphia Salon and in group shows that traveled to London and Paris; writing articles on photography for several periodicals; and being labeled one of the "Foremost Women Photographers of America."

Watson married the German-born lawyer Martin Schütze in 1901 and moved to Chicago. There, Watson-Schütze's career continued to prosper: in 1902 she was elected to membership in the Linked Ring, an important London-based organization that promoted pictorialism (emphasizing the artistic as opposed to the purely documentary aspects of photography); the next year she was a founding member of the Photo-Secession; and in 1905 she had her work exhibited at Alfred Stieglitz's influential New York gallery, 291.

Watson-Schütze established a new studio in Chicago and soon attracted a large and appreciative clientele for her romantic, yet powerfully composed portraits and figure studies. Beginning in 1902, she and her husband spent their summers in Woodstock, New York. Eventually, Watson-Schütze lived there six months out of the year, working on photography and painting.
Posted by John A Benigno at Friday, September 23, 2011