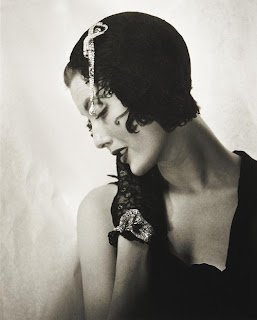 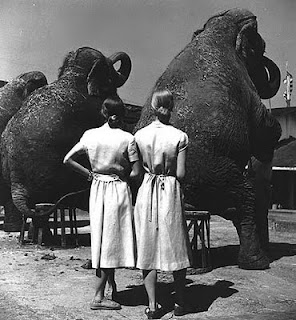 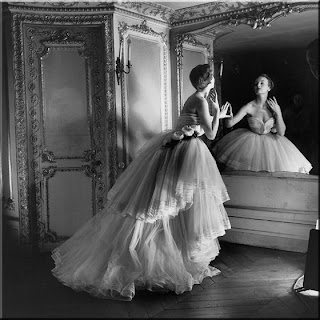 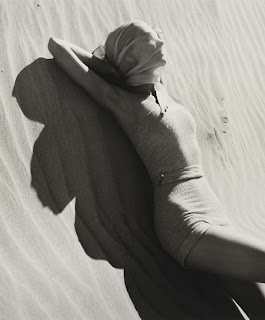 Louise Dahl-Wolfe biography from the Museum of Contemporary Photography at
Columbia College in Chicago:

Louise Emma Augusta Dahl was born to Norwegian parents in San Francisco, California on November 19, 1895. In 1914 she began her studies at the California School of Fine Arts (now the San Francisco Art Institute) where she stayed for six years, studying design with Rudolph Schaeffer. She became interested in photography in 1921 upon meeting and seeing the pictorial work of Anne Brigman. Dahl worked as a sign designer for the Federal Electric Co., San Francisco from 1920 to 1922. She studied design and decoration, and architecture at Columbia University, New York in 1923. In 1924 she was employed as an assistant to decorator Beth Armstrong in San Francisco, and from 1925 to 1927 she worked for Armstrong, Carter and Kenyon, a fashion wholesale company. In 1928 she met the sculptor Meyer Wolfe in Tunisia and married him in San Francisco. She wanted to take the last name Wolfe, but later, lest she be mistaken for a particular commercial photographer by the same name, she adopted the hyphenated “Dahl-Wolfe.”

Dahl-Wolfe began to concentrate on making photographs while in San Francisco and Tennessee in the early 1930s. She spent the summer of 1932 in Gatlinburg, Tennessee photographing the people of the Smoky Mountains. One of those portraits became her first published work, appearing in Vanity Fair in 1933, and Edward Steichen included her Tennessee pictures in a retrospective exhibition at the Museum of Modern Art, New York in 1937. From 1933 to 1960, Dahl-Wolfe operated a New York photographic studio that at first was home to the freelance advertising and fashion work she made for stores including Bonwit Teller and Saks Fifth Avenue, but soon was in use for Harper’s Bazaar projects (including such photographs as the carefully staged Japanese Bath from 1954 and Isamu Noguchi, New York, the 1955 portrait of a designer and his lamps).

From 1936 to 1958 Dahl-Wolfe was a staff fashion photographer at Harper’s Bazaar. During that tenure, Dahl-Wolfe’s photographs featured in the magazine included 86 covers, another 600 published in color, and thousands in black-and-white. A cover image of Betty Bacall sent the model for a Hollywood screen test where she soon changed her name to Lauren. While working for Harper’s Dahl-Wolfe pioneered the use of natural lighting in fashion photography and shooting on location. She photographed in locations all over the northern hemisphere: from Laguna Beach, California (Rubber bathingsuit, January 1940), to the winter quarters of Ringling Bros. and Barnum & Bailey Circus in Sarasota Florida (Two models with elephants, May 1947) to Granada, Spain (Jean Patchett, 1953). Her innovations and modernist touches kept her widely celebrated in the 1930s, 40s and 50s, and she is remembered as an influence on a generation of photographers including Horst, Richard Avedon, and Irving Penn.

Dahl-Wolfe preferred portraiture to fashion work, and while at Harper’s she photographed cultural icons and celebrities including film-maker Orson Wells (1938), writer Carson McCullers (1940) designer Christian Dior (1946), photographer Cecil Beaton (1950), writer Colette (1951), and broadcast journalist Edward R. Murrow (1953). In addition to her Harper’s responsibilities, Dahl-Wolfe was able to pursue her own vision in the studio and sometimes even while on assignment. For example, she asked a model to pose for the unpublished Nude in the Desert while on location in California’s Mojave Desert shooting swimsuits that would appear in the May 1948 edition of Harper’s.

From 1958 until her retirement in 1960, Dahl-Wolfe worked as a freelance photographer for Vogue, Sports Illustrated, and other periodicals. Major exhibitions of her work include Women of Photography: An Historical Survey at San Francisco Museum of Modern Art (1975); The History of Fashion Photography (1977) and Recollections: Ten Women of Photography (1979) at International Museum of Photography, George Eastman House, Rochester, New York; and Portraits at the Center for Creative Photography, University of Arizona, Tucson (1986). Retrospectives include shows at Grey Art Gallery, New York University (1983); Cheekwood Fine Arts Center, Nashville, Tennessee (1984); and Louise Dahl-Wolfe: A Ninetieth Birthday Salute at the Museum of Contemporary Photography, Chicago (1985). Louise Dalhl-Wolfe lived many of her later years in Nashville, Tennessee, though she died in New Jersey of pneumonia in 1989.
Posted by John A Benigno at Thursday, August 11, 2011