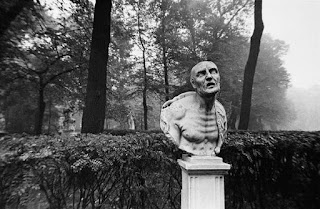 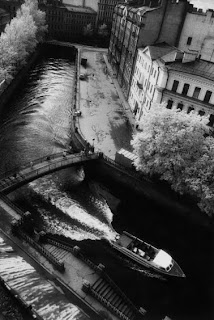 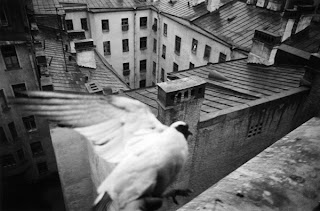 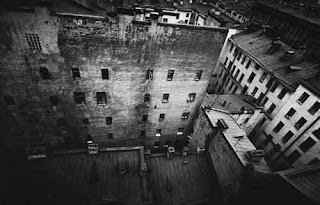 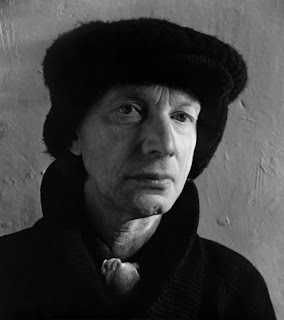 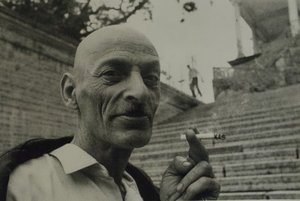 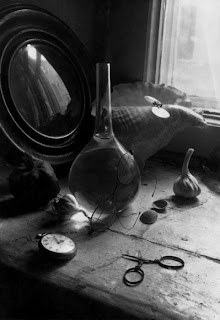 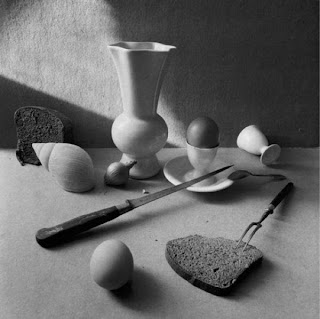 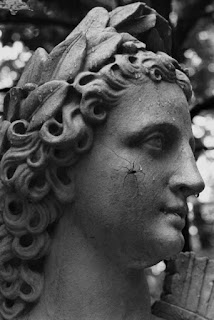 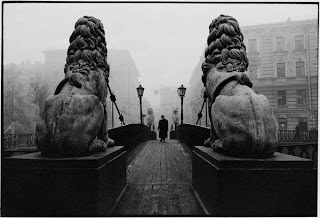 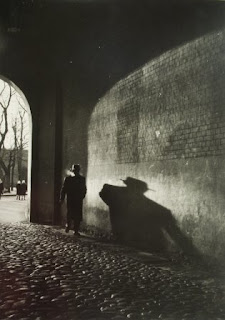 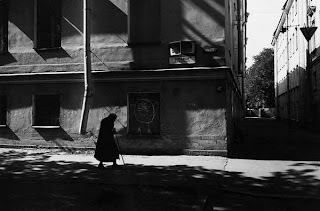 Boris Smelov biography from The State Hermitage Museum (taken from The State Hermitage 2009 retrospective of Smelov's work):
Photographer Boris Smelov (1951-1998) became a legend of St. Petersburg’s photography during his lifetime. He was a living classic who evoked veneration from all who were somewhat connected to the art of ‘photography’. Critics and professional photographers unanimously acknowledged Boris Smelov as one of the best European masters of photography. The image of St. Petersburg that he created is not only high quality photographs but, undoubtedly, the most eloquent utterance ever said about that city at the end of the last century, the utterance that can be equal to Brodsky’s poetry in its significance. His Apollo from the series of photographs of the Summer Garden sculptures is a photo of a proud marble profile of the ancient god with trickling raindrops and a crawling spider. This photo was reproduced repeatedly and became a symbol of St Petersburg culture of the end of the twentieth century, a symbol that was so rich in content and significance that it could tell more about Petersburg - Petrograd - Leningrad - St. Petersburg than the most solid collected papers from research conferences.
Creative work of Boris Smelov is a valuable and bright phenomenon of Petersburg culture between 1970s and 1990s. It is connected with Petersburg, it is dedicated to Petersburg, but at the same time deprived of local history narrow-mindedness. His works can be compared with the most artistic models of the world photography such as works of Cartier-Bresson, Doyen and Curtis.
Smelov is an artist who stands at the brink of the centuries, he is a domestic artist who at the same time stands at the level of the highest achievements of international photography displaying the connection between the relatively new art of photography and traditional art, in the first place traditional art of St. Petersburg, an international city by essence. Photography is a discovery of the nineteenth century. It changed and determined world perception of a modern man more than any other discovery. A photograph can create a consecutive chain of moments defining nervous pulse of a city life.
Each photo work is not just a simple document, it is the embodiment of what lies deep down in our consciousness and what comes only in our dreams and fantasies, for reminiscence is a form of fantasy. Accidental moments interlace with one another making an important message, a whole text about the city, its unique expressiveness that might be more whole and significant than its immutable immovable monuments. In the pungency of experiencing such moments torn out of the time flow one can feel the unique fragrance of Boris Smelov’s art, which he himself called ‘intuitive photography’. In his case intuition, however, is always accompanied by accurate and precise reckoning of intellect.
Boris Smelov did not photograph specifics of real Leningrad and it would even be perfunctory to say that he was trying to catch the phantom of Petersburg in his photographs. His Petersburg is not just a city it is a City with the capital letter. It has something relating to the City image of another great photographer, Parisian of the twentieth century Eugene Atget, to whom Smelov was very close as appeared. Unexpected angle of Boris Smelov’s photographs gives a new meaning to the familiar common places - the city is not a frozen text anymore. It enters into discussion with the spectator, communicating something new and unexpected, be it a magical light coming from the inside of St Isaac’s Cathedral rhyming with the glowing lonely window in the wall that towers above the snow-covered roofs, or tired silhouettes of random passengers against the background of Neva panorama that is seen through the windows of an evening tram.
The name of Smelov is well-known to photographers, collectors, critics and historians of photography. Today any more or less famous Petersburg photographer has not eluded his influence. This is a generally recognized fact. He was represented at various exhibitions during his lifetime as well as after his death. It is impossible not to mention him when talking about Petersburg photography, however, until now there was not a single large-scale museum exhibition dedicated to his work, not a single album dedicated only to him was published. The exhibition presented in the Hermitage is the evidence of recognition of this outstanding master whose talent is appreciated at its true value.
Posted by John A Benigno at Thursday, July 21, 2011