“Photography takes an instant out of time, altering life by holding it still.”
“One should really use the camera as though tomorrow you'd be stricken blind.” 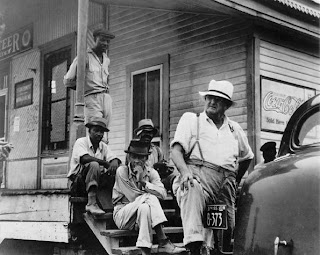 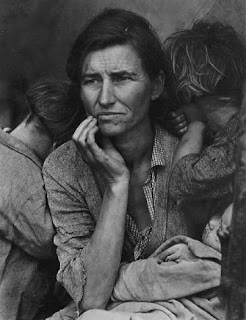 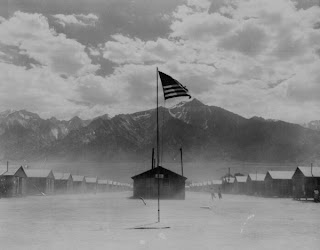 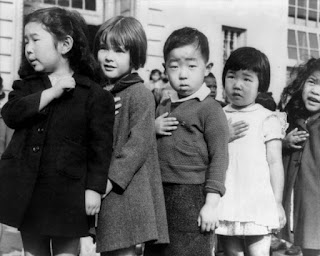 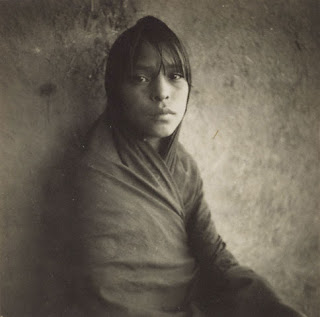 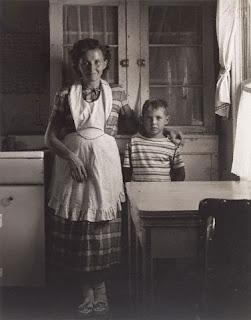 Portraits in the Southwest

Lange began her professional career in 1918 by opening her own portrait photography business in San Francisco. It was successful enough in the 1920s to support her first husband, painter Maynard Dixon (American, 1875–1946), and their two sons. Dixon's work featured a desert palette and Western subjects. Lange often accompanied him to the Southwest where he introduced her to the landscape and people he had drawn since 1900. Attempting some of her own work there, she applied her talent for portraiture to a new community.

For her first one-person show, in 1934, Lange exhibited her recent pictures of political demonstrations, strike rallies, labor leaders, and breadline recipients. Paul Taylor (American, 1895–1984), an economics professor and labor historian, saw her show and asked her to join him in working for the state relief agency. Out of this came a second marriage to Taylor (she divorced Maynard Dixon in 1935) and a job working for the U.S. government under Franklin D. Roosevelt's New Deal Administration.

A few months after this country entered World War II, Lange received another federal commission from the government's War Relocation Authority (WRA) to photograph the forced internment of thousands of Japanese Americans. Following the bombing of Pearl Harbor, President Roosevelt issued Executive Order 9066 calling for the assembly and internment of 110,000 people of Japanese descent in the spring of 1942. This image was made two weeks before Japanese Americans in the San Francisco area were to be assembled. As far as Lange was concerned, her assignment included documenting the life of ordinary Japanese Americans before they were interned as well as after their imprisonment.

From 1945 until about 1951 hospital care and bed rest for chronic illness meant that Lange photographed very little. During that time her sons, Daniel and John, were married and, in the 1950s, enlarged her family with grandchildren. She had tackled the subject of migrant families during the Depression, now she would focus on a young cold war family, which happened to be her own.

After recovering from nearly seven years of ill health and diminished energy, in 1951 Lange proposed to the picture magazine Life that she and photographer Ansel Adams do a project in Utah. Their purpose was to record the inhabitants, built environment, and surrounding landscape of three towns in southwestern Utah settled in the mid-nineteenth century by Mormons. The grandchildren of some of these pioneers were Lange's subjects during her visit to Gunlock, Toquerville, and Saint George in 1953.

In the late 1950s Lange had a chance to travel with husband Paul Taylor, who frequently visited developing countries as a consultant on agricultural and community resources. She made several official trips with him, touring Asia, South America, and the Middle East. These trips helped Lange realize her long-delayed desire to see the world and to create pictures that contain the essence of what she called "a visual life."
Posted by John A Benigno at Friday, April 15, 2011